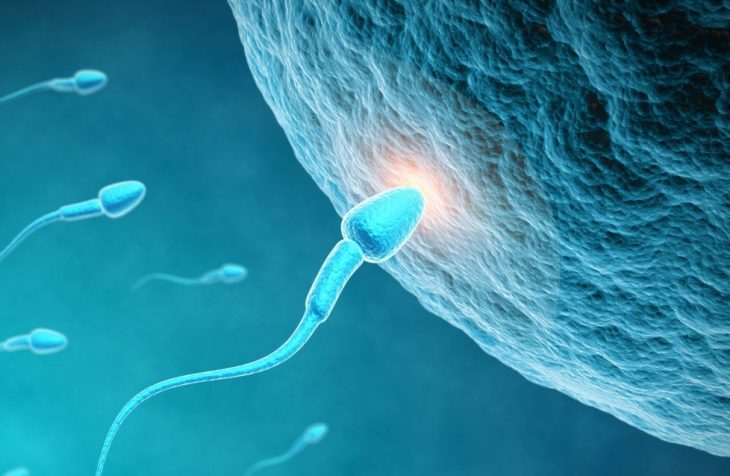 Here are the best and effective ways of increasing sperm count and male fertility level that we’ve summarized from various reliable sources. 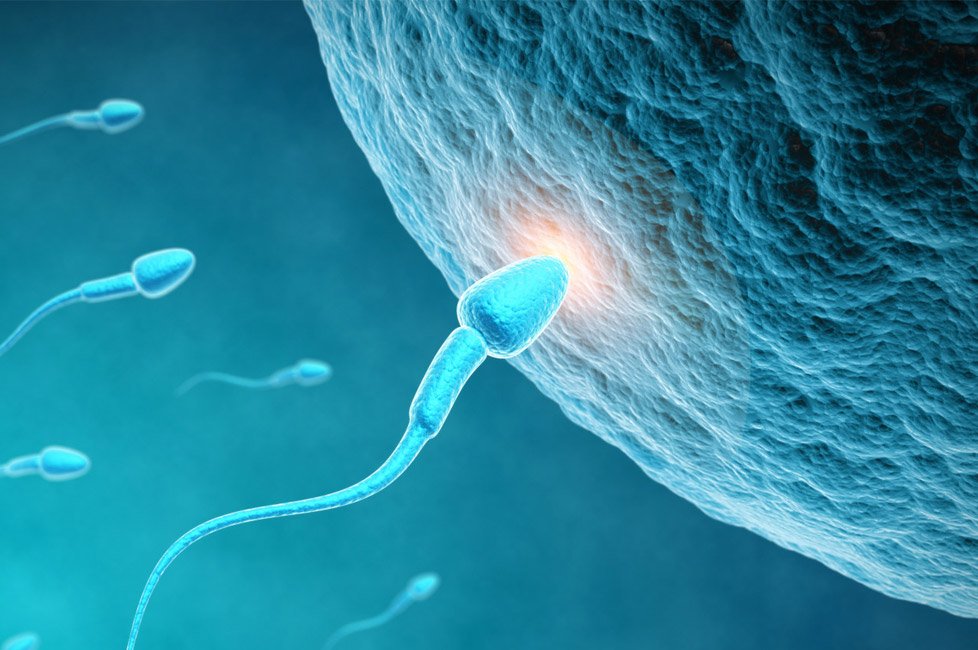 While it isn’t always possible to treat infertility, it can often be improved through a healthy diet and supplements, along with other lifestyle changes.

This article contains some of the best lifestyle factors, foods, nutrients, and supplements for increasing male fertility.

What is Male Infertility?

Fertility refers to one’s ability to reproduce naturally. Male infertility, therefore, is when men are unable to make a woman pregnant. It is often related to their sperm quality and count.

The following are the aspects of sexual function and semen quality that can all affect fertility:

There are a number of potential causes for infertility. It can depend on your genetics, general health and fitness levels, any diseases, and dietary contaminants. It is also important to maintain a healthy diet and lifestyle. There are certain foods and nutrients that are associated with better fertility.

The following are 10 ways to improve sperm count and boost male fertility; all of which have been backed by science:

Researchers believe D-AA has a role to play when it comes to male fertility. It’s been shown that infertile men have reduced levels of D-AA compared to fertile men. This idea is further supported through studies that show D-AA supplements can increase testosterone levels. Remember that testosterone is the male sex hormone and it has a big role in male fertility.

An observational study of infertile men suggested taking 2.66 grams of D-AA for three months was enough to boost testosterone levels by between 30 and 60%, and boost sperm count and mobility by 60 – 100%. The study also showed that their partners were more likely to get pregnant.

Another study for healthy men showed that 3 grams of D-AA supplements taken every day for two weeks increased testosterone levels by 42%.

More studies need to be done to investigate how D-AA supplements affect humans in the long term.

Most people know that exercising improves physical performance and confidence, but did you know it also potentially boosts testosterone levels? Studies have shown that men who regularly exercise tend to have higher levels of testosterone and even better semen quality than inactive men.

Even so, it’s important to not overdo it and exercise too much, as this can have the opposite effect and can even reduce testosterone levels. Getting enough zinc is one way to minimise the potential damage of over-exercising.

If you’re someone who doesn’t exercise much but is looking to improve fertility, then you should increase your physical activity levels.

Oxidative stress is caused when the levels of reactive oxygen species (ROS) become too much for the body to handle. It typically happens when the antioxidant defences of the body become overwhelmed due to disease, old age, environmental pollutants, or an unhealthy lifestyle.

The body is constantly producing these ROS, but healthy people are able to keep their levels in check. Increased ROS levels can cause inflammation and damage tissues, increasing chronic disease risk.

There has also been some evidence to suggest that increased ROS levels and oxidative damage can cause male infertility.

Getting enough antioxidants, such as vitamin C, can help to counteract some of the damage caused by ROS. Evidence has also shown that getting vitamin C supplements can improve the quality of semen.

A study of infertile men showed that taking 1,000mg supplements of vitamin C twice a day for two months increased sperm mobility by 92% and increased sperm count by over 100%. It also reduced the number of deformed sperm cells by over half.

Another observational study from India on industrial workers showed that 1,000mg vitamin C supplements, taken five times a week for three months, can protect against the DNA damage done by ROS in sperm cells.

Putting it all together suggests that vitamin C supplements can help infertile men with oxidative stress improve fertility.

However, there needs to be some controlled studies before we can say for sure what vitamin C is able to do.

While you can treat severe stress using medication, you can use relaxation techniques to manage milder levels of stress. Managing your stress can be simple; do some meditation, take a walk through nature, exercise, or just spend some time with your friends.

Another nutrient that could potentially increase testosterone levels is vitamin D. An observational study showed that men with low levels of vitamin D were more likely to also have reduced levels of testosterone.

A controlled study of 65 low-testosterone, vitamin D-deficient men supported these findings. It showed that taking 3,000 IU of vitamin D3 on a daily basis for one year boosted testosterone levels by an average of 25%. High vitamin D levels have also been linked to increased sperm mobility, but there is conflicting evidence that shows more research is needed.

Tribulus terrestris – or puncturevine – is a kind of medicinal herb used to improve male fertility. A study on men with low sperm counts showed that 6 grams of tribulus root a day for two weeks could improve libido and erectile function.

Even though tribulus terrestris doesn’t affect testosterone levels, studies have shown that it could potentially enhance the ability of testosterone to increase libido. It will take additional study to confirm the root has an aphrodisiac effect, as well as evaluate any long-term benefits and risks of supplementation.

Fenugreek (trigonella foenum-graecum) is a popular herb commonly used in cooking. A study of 30 men who strength-trained four times a week looked into the effects of taking 500mg of fenugreek extract on a daily basis. The men in the study experienced increased testosterone levels, strength gains, and fat loss compared to the placebo control group.

Another study looked at 60 healthy men taking 600mg of the fenugreek seed extract supplement Testofen. It showed that taking the supplement every day for six weeks improved sexual performance, libido, and strength.

The finding were confirmed by a much larger study looking at 120 healthy men taking 600mg of Testofen. It showed that taking the supplement daily for three months saw an increase in self-reported erectile function and sexual activity. The supplement was also able to increase testosterone levels significantly.

One thing to note is that the studies assessed fenugreek extract. You shouldn’t expect to get the same results from whole fenugreek, which is used in cooking and for herbal teas.

Zinc is an essential mineral typically found in animal products such as meat, fish, shellfish, and eggs. Getting enough zinc would appear to be a cornerstone of male fertility.

Observational studies have shown that having a deficiency of zinc can cause reduced testosterone levels, damage sperm quality, and increase the risk of male infertility. Zinc supplements have also been shown to increase testosterone levels and sperm count when taken by people with low zinc levels.

Zinc supplements could also mitigate the damage to testosterone levels caused by exercising too much. There needs to be some controlled trials in order to fully confirm these observational findings, however.

Ashwagandha – withania sommifera – is a medicinal herb that has been used in Indian traditional medicine since ancient times. Studies have suggested Ashwagandha could be used to boost testosterone levels and improve male fertility.

One study of men with low sperm count showed that taking 675mg of Ashwagandha root extract each day for three months improved fertility significantly. Specifically, it was able to increase sperm count by 167%, sperm volume by 53%, and sperm mobility by 57% when compared to levels when the study began. By comparison, those on placebo treatments saw only minimal improvements. One of the main causes of these benefits could be heightened testosterone levels.

Another study looked at 57 young men engaging in a strength-training regimen. It showed that 600mg of Ashwagandha root, when taken daily, drastically increased testosterone levels, strength, and muscle mass compared to the placebo.

The findings were supported by observational evidence that showed ashwaganda supplements could be used to improve sperm count and mobility, along with testosterone levels and antioxidant status.

Maca root is a plant food with origins in central Peru. It is traditionally used as a treatment for increasing fertility and libido. Several studies have looked at the way maca root affects men. They showed that 1.5-3grams of dried maca root – when taken for three months – was able to improve self-reported libido.

Supplementing with 1.75 grams of maca root powder each day for three months was also able to increase the mobility and count of sperm in healthy men. The findings of these studies have been partly confirmed through peer reviews, but researchers did notice the evidence wasn’t strong and it would take more research to conclusively prove the effects of maca root.

For example, it seems that maca root has no discernible effect on hormone levels as 1.5-3 grams of maca root each day for three months had no noticeable effect on reproductive hormones or testosterone in healthy men.

There are a number of things you can do to increase fertility, but their success depends on the root cause of the problem. Don’t forget that fertility is often related to your overall health and wellbeing. This is why you can boost fertility by doing things that improve your general overall health.

Here are another eight tips for boosting fertility and sperm quality/count:

Men all around the world deal with infertility. If you happen to be one such man, then your first goal should be to improve your overall health. Many of the tips we’ve offered you today are key to living a healthy lifestyle.

While none of our tips are guaranteed to work, they can do a lot of good for you if you have low testosterone levels or suffer from a nutrient deficiency.