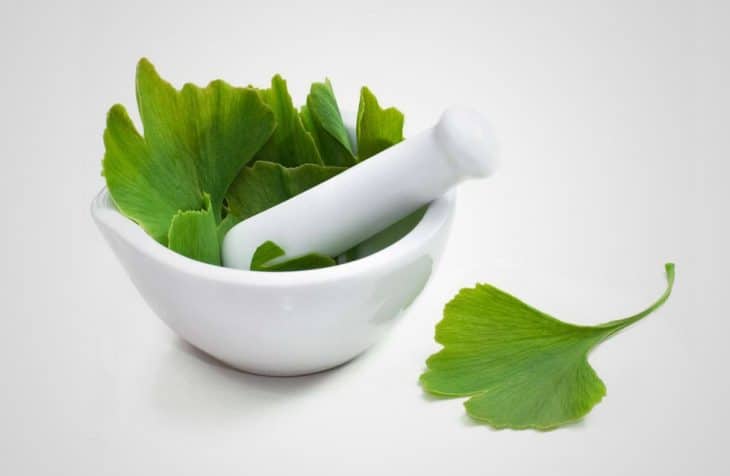 Even though the Gingko Biloba has only recently been used as a supplement for boosting mental clarity and memory, it has been used for thousands of years as part of traditional medicine to treat several conditions.

Some people may consider it to be some sort of “folk medicine” because it was used in ancient Chinese culture, but the reality is that Ginkgo has been an effective cognitive enhancer for several decades now and research is being performed into the effects and uses of Ginkgo.

For example, it’s now understood that Gingko Biloba boosts circulation, keeps neural structures safe, and inhibits MAOs. Here is a summary of the benefits of Ginkgo, how these benefits work, and how to calculate the right dosage for you. 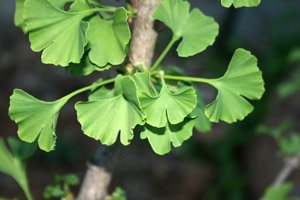 Ginkgo Biloba trees first sprouted over 270 million years ago, spreading far and wide across the forests of the world.

They were the mammoths of trees, reaching heights of 100-foot. The Ginkgo tree has curling, fan-shaped leaves that house all of the brilliant bioactive compounds that make up Ginkgo supplements. The supplements made from the seeds of the plant are considered to be somewhat ineffective. The real power is all in the leaves.

Not only is the Ginkgo Biloba tree one of the tallest on the planet, it’s also one of the longest-lived. The average Ginkgo lives for up to 2,500 years. Unfortunately, all the relatives of the Ginkgo are long-since extinct, making the tree something called a living fossil.

The Ginkgo Biloba tree only grows in the Tian Mu Shan and Zhejiang provinces of China. This geographical restriction could be the reason that Ginkgo was first used as a medicinal remedy in these regions and continued to be used there for up to 15 centuries before reaching the West and becoming common there as well.

Thanks to extensive research, we have a good idea of how Ginkgo Biloba works and the driving force behind many of its benefits.

Most of the power of Ginkgo comes from its ability to enhance blood circulation in the body and brain. This happens thanks to the core compounds of Ginkgo, ginkgolides, flavonoids, and bilobalide, which regulate vascular health. They do this by promoting the chemicals prostacyclin and thromboxane A2, which are used to strengthen vein walls.

If the brain doesn’t get the blood that it needs, it triggers a condition known as cardiovascular insufficiency. The condition causes many of the most severe nervous system conditions including strokes. Impaired blood flow to the brain causes headaches, problems concentration, and difficulty remembering in the short term.

Ginkgo Biloba promotes neural circulation by preventing blood from clotting too much. This benefit also improves conditions such as tinnitus, which is when one has a persistent ringing in their ears that seems never to go away.

Ginkgo protects the choline products of the brain which also improves mental concentration and keeps brain tissue healthy. Choline and acetylcholine are an integral part of keeping neural communication and cognitive abilities healthy.

On top of all this, Ginkgo is a natural MAO inhibitor. Inhibiting MAOs ensures dopamine, norepinephrine, and serotonin levels stay balanced. This boosts natural energy levels and improves mental focus.

The final main benefit of Ginkgo is that it produces strong antifungal and antibacterial effects. Keeping tissues safe from bacteria and fungus promotes something of a “cellular immunity” for the brain, keeping it safe from illnesses and decay.

Benefits for Memory and More 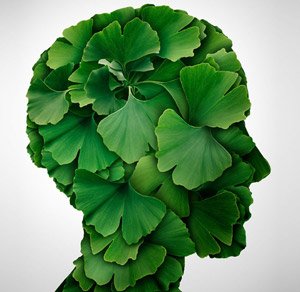 Ginkgo promotes neuroplasticity by preserving acetylcholine. This effect can be taken to the next level by stacking Ginkgo with other cholinergic compounds. Because the herb works as a natural MAO inhibitor, it also boosts mental energy levels, eliminates depression symptoms, and reduces mental fogginess.

Adults that take Ginkgo supplements have shown the ability to memorize new facts and articulate their thoughts better. Scientists hypothesize that young adults with hyperactive attention disorders such as ADHD could have better control over their thoughts if they supplemented with Ginkgo.

Even though the average nootropic user is only looking to improve brain function, there is some interest in using Ginkgo to treat extreme mental disorders such as dementia and Alzheimer’s disease.

Improving circulation in the body leads to a reduction in muscle pain and a boost of athletic performance. Ginkgo is able to reduce inflammation in bronchial tubes, which makes it easier for asthma sufferers to breathe properly. Women that use Ginkgo find that it alleviates PMS symptoms dramatically.

The research being done on Ginkgo has produced promising results, but there is still a need for more research, particularly large scale double blind placebo trials. Ginkgo Biloba is currently only available as a dietary supplement, and the FDA has yet to approve it as a drug to treat or prevent any medical conditions.

Getting the Right Dose of Ginkgo

Ginkgo Biloba has not been approved by the FDA as a medical treatment because there has yet to be enough research and study performed on the herb. This is why there’s no such thing as a standard Ginkgo dose in western medicine. Even so, Ginkgo has been shown to be effective and not produce any side effects at doses between 120mg and 600mg per day.

It’s important to remember that this is only a general guideline dosage, and the right dose for you personally could be different. It’s recommended that you speak with your doctor before starting any supplement to get their help in determining the correct dosage for your needs and determine if the supplement may interact negatively with any medications and supplements you are already taking.

If you have a sensitivity to stimulants then aim to take smaller doses of Ginkgo and consider dividing your dosage into three smaller doses to be taken across the day.

If you wish to enhance the effects of Ginkgo, then steadily increase the dosage in 100mg increments across subsequent days. Boost the effects even further by stacking the supplement with other supplements for boosting choline, as Ginkgo has a special synergy with these supplements. It’s recommended that you stack Ginkgo Biloba supplements with Vinpocetine. Regular dosing guidelines still apply when stacking supplements.

The Natural Medicines Database ranks Ginkgo Biloba as being “Likely Safe” when used appropriately as an oral supplement. Standardized Ginkgo leaf extracts are shown to be completely safe in trials lasting between several weeks to up to six years.

From a historical standpoint, many people have used Ginkgo and found it to be tolerable and not produce significant side effects. It may cause some side effects such as dizziness, nausea, and rapid heartbeat, but those side effects are temporary and are rare to see with moderate doses. 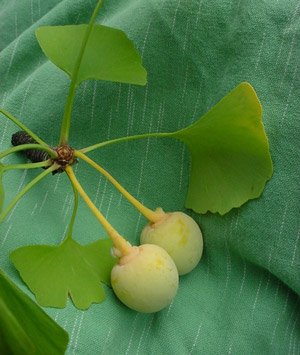 There is, however, one serious Ginkgo side effect that presents when taken in seed form. Ginkgotoxin (4-O-methoxpryidoxine) can be found in live and roasted Ginkgo seeds. This compound may interfere with natural B-vitamins and GABA, which can cause seizures.

People who take antidepressants, anticonvulsants, and have recently had surgery should avoid taking Ginkgo as it may lead to excessive bleeding.

Pregnant women and young children should also avoid taking Ginkgo supplements because the side effects on these groups are not fully understood.

If your doctor feels that Ginkgo supplements aren’t right for you then there are other nootropic supplements that you can try to get similar effects, such as cholinergic. Try different supplements to find the right ones to match your individual needs and enjoy the great memory benefits that come from using supplements such as Ginkgo Biloba.