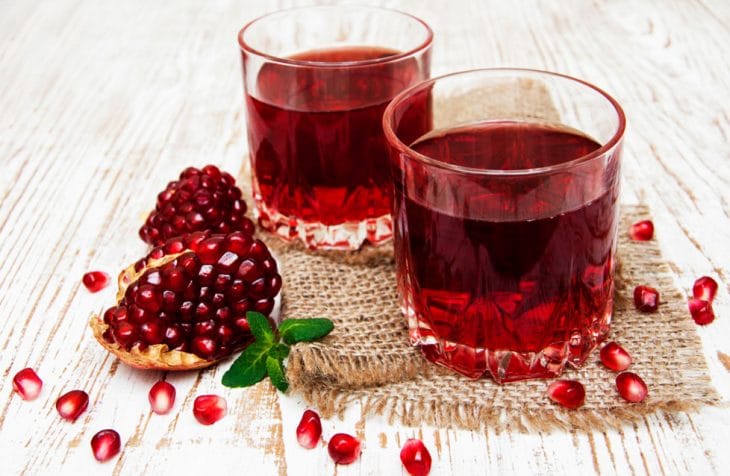 It might seem like it takes a lot of work to get all the seeds out of a pomegranate, but – considering the health benefits of pomegranate juice – it’s definitely worth doing.

The lowly pomegranate was first discovered in Persia. Looking at historical documents allows us to trace the fruit to 4,000BC. Many people eat pomegranates around the world these days, and it’s become more popular in recent years due to its high levels of nutrients and antioxidants.

If you aren’t all that familiar with the pomegranate; then it’s a round and red fruit with a tough exterior. Inside the pomegranate are small and edible seeds that can be eaten as they are or turned into juice. Fresh pomegranates are often available between September and January at most grocery stores. 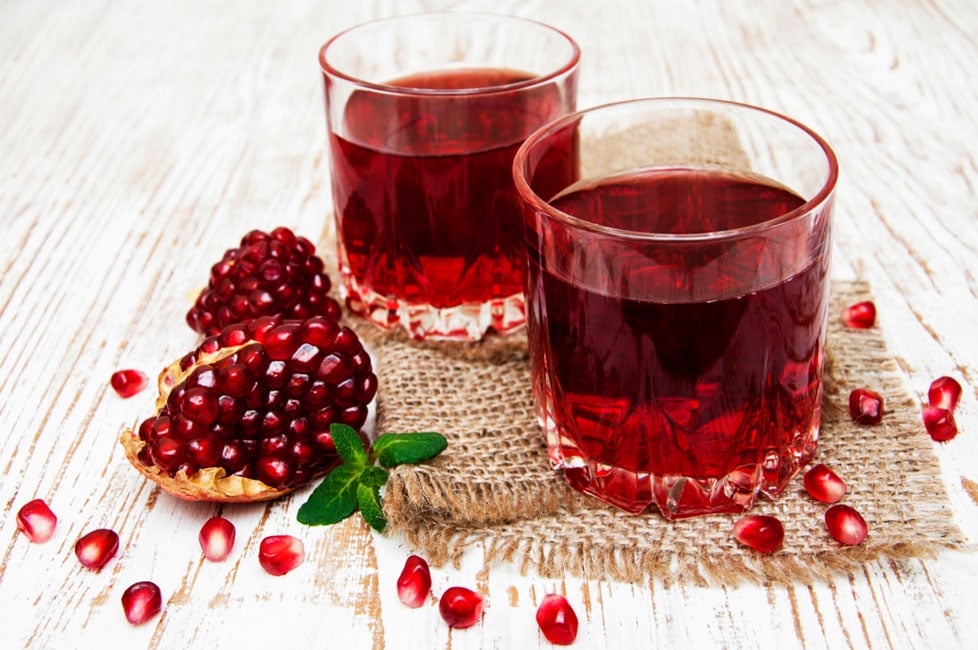 The lowly pomegranate was first discovered in Persia. Looking at historical documents allows us to trace the fruit to 4,000BC. Many people eat pomegranates around the world these days, and it’s become more popular in recent years due to its high levels of nutrients and antioxidants.

If you aren’t all that familiar with the pomegranate; then it’s a round and red fruit with a tough exterior. Inside the pomegranate are small and edible seeds that can be eaten as they are or turned into juice. Fresh pomegranates are often available between September and January at most grocery stores.

Pomegranates are rich in fiber, B vitamins, vitamins C and K, and potassium. Nutritionists believe that just one pomegranate can provide up to a quarter of the amount of folate needed in a day. Folate is a B vitamin that is necessary to repair DNA. Pomegranates also contain up a third of the recommended daily intake of vitamin C.

The following is a closer look at the many health benefits of drinking pomegranate juice.

While the further human study is needed to confirm this benefit, laboratory tests have shown that pomegranate extract is able to block the enzymes that cause joint damage, particularly the damage suffered by people with osteoarthritis. Medical and nutritional experts believe this makes sense because research has shown some pomegranate plant compounds are anti-inflammatories. Given that arthritis is an inflammatory disease, it only makes sense anti-inflammatories help treat it.

A study involving surgical patients showed that two grams of pomegranate was able to reduce memory loss following surgery. Another study looked 28 elderly people with memory problems. Around 8 ounces of pomegranate juice a day appeared to improve their visual and verbal memory. Studies on animals suggest that pomegranate may be effective in the fight against Alzheimer’s Disease.

Further study is needed, but preliminary research has suggested that pomegranate juice is able to increase erectile response and blood flow in rabbits. A small study of 50 men with erectile dysfunction suggested pomegranate juice was able to have some benefit, but it will take a much larger study to confirm the benefit.

Inflammation is the main catalyst behind many diseases; often fatal ones. Research has suggested that pomegranate is packed with anti-inflammation properties that are great for reducing inflammation in the digestive tract. Studies have also shown pomegranate is able to reduce the inflammatory activity in colon and breast cancer cells.

It’s been shown that pomegranates – and pomegranate juice – can benefit some forms of bacteria and the yeast known as Candida Albicans. Holistic experts believe that pomegranate has antifungal and antibacterial effects that can provide protection from infections and inflammations of the mouth, such as gingivitis.

Pomegranate health benefits include weight loss. As the fruit is filled with dietary nitrates, which are known to improve exercise performance, it enhances endurance. This means you can exercise for longer and shed those extra few pounds. One study looked at a group of athletes on treadmills. It showed that – when they consumed pomegranate extract 30 minutes before exercising – they were able to improve their blood flow and make their exercises more effective. It took just one gram of extract too.

Research has suggested pomegranate juice can help manage diabetes. Several studies have looked at how diabetes is connected to this red fruit. One particular study, carried out by the Jordan University of Science and Technology, showed taking just 1.5ml of pomegranate juice per kg of body weight reduced levels of fasting glucose in people with type 2 diabetes. Reports published by the US National Library of Medicine suggest the main reason for this effect is the antioxidant content of pomegranates.

Beauticians have long touted the benefits pomegranate has on skin, and studies have suggested they could be right. One Study from Experimental Dermatology showed that pomegranate juice is able to protect skin from damage caused by UVB rays, thanks to the powerful antioxidant properties. Some people believe that pomegranate juice is able to control acne as well. Because pomegranate contains a lot of hydrolysable tannins and anthocyanins – which are anti-inflammatories and antioxidants – it is able to protect the skin from the free radicals disrupting cells. Free radicals get to our skin through pollution, additives in food, pesticides, and cigarette smoke.

When you look for pomegranates, it’s important to buy ones that are heavy without any splits on the skin. It’s possible to store pomegranates for up to six months in the fridge, but it’s best to consume them fresh and not store them too long.

Pomegranates are opened up by removing the “crown” and splitting it into the pre-formed sections. Arils can be rolled off with your fingers and collected into a bowl.

These arils and the seeds of the pomegranate are all edible. Put them through a juicer and extract their juice. I personally prefer to just eat the seeds. They are a great fiber source if you can stomach eating them.