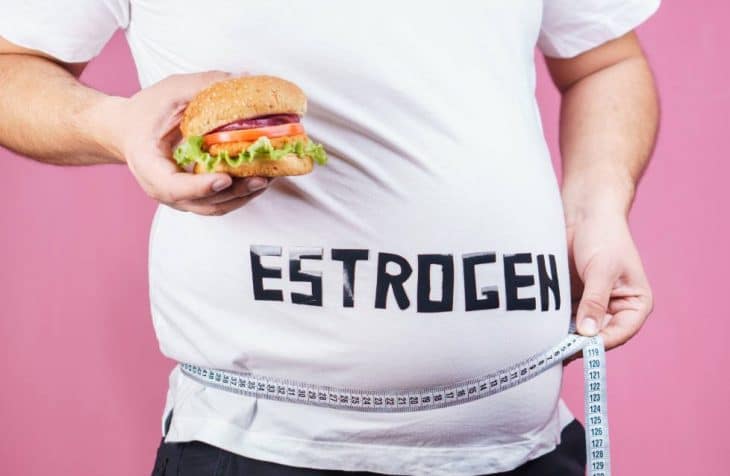 What does it Mean for Men to Have High Estrogen?

There is always such a thing as “too much” and too much estrogen can be negative for men. Let’s learn more about estrogen, in particularly what it means when a man has too much of it.

Most people understand that estrogen is traditionally considered a female hormone and testosterone is considered to be a male hormone. It might be surprising, then, to know that estrogen can actually be an important sex hormone for men too. It helps to regulate their sex drive, contribute to the production of sperm, and even plays a role in erectile function. 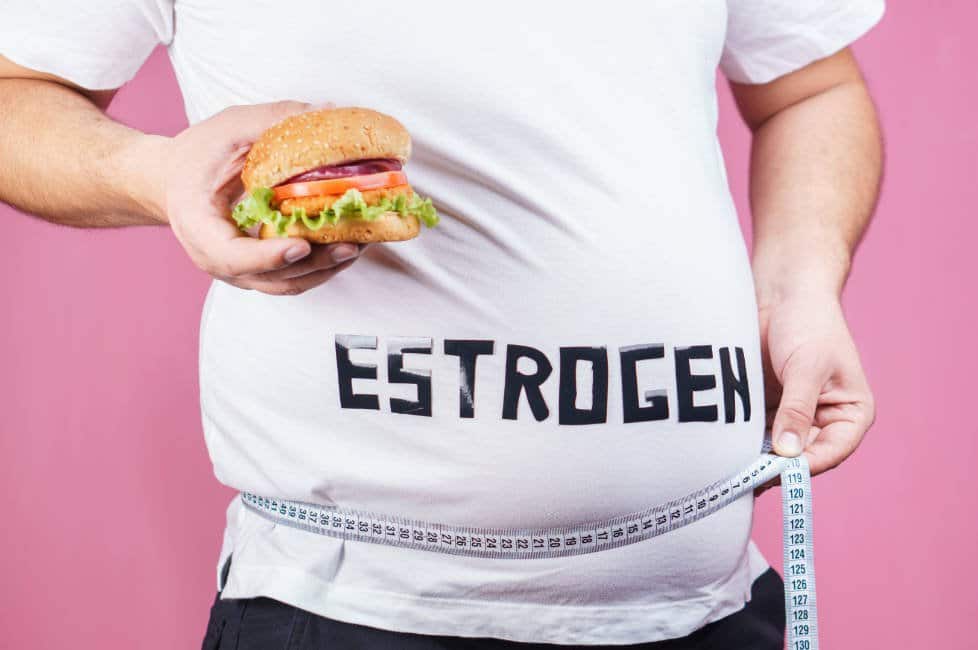 Most people know estrogen as a “female hormone” and as a “sex hormone”. What we call “estrogen” is three hormones within the same estrogen group. These hormones – estrone, estriol, and estradiol – have similar chemical makeup.

For women, estrogen is needed to develop secondary sex characteristics, release eggs during ovulation, and maintain a healthy and regular menstrual cycle.

How Does Estrogen Exist in Men?

Men and women have different reproductive organs. That means that they produce estrogen differently. Estrogen is produced with the help of an enzyme called aromatase. Aromatase works by converting the testosterone in men into estrogen.

As men get older, it becomes more likely that aromatase will create estrogen spikes and lead to reductions in testosterone levels.

Medical procedures, stress, medications, and weight gains can also lead to fluctuations in estrogen. While it’s true that hormones can be taken in from food, the amount of hormones in food is relatively tiny and there are no foods that are solely considered to cause drastic increases in estrogen or decreases in testosterone.

An unhealthy diet and lifestyle can also create a state of estrogen dominance for men. Foods like refined carbohydrates, soy products, and sugars are all known to reduce testosterone levels in the mine.

What does Estrogen do for Men?

Estrogen serves a few different functions for men. Traditionally, estrogen has been associated solely with sexual function. Estrogen also has an important role to play for regulating mood. It helps to promote happy and good moods in particular.

Estrogen helps to promote the stimulation of beta-endorphins and serotonin; the “happy” hormones and neurotransmitters. It is also considered to help with male verbal and spatial memory, particularly in later life.

When looking at the connection between erectile dysfunction and estrange, we look at everything as a balancing act. If men have a small amount of estrogen circulating through their bodies, they can develop functional erections. If an estrogen spike causes a drop in testosterone, then it increases the risk of developing erectile dysfunction. Having low testosterone and high estrogen is commonly associated with less frequent, weaker erections.

Aromatase and estrogen receptors can be found across the body. They are present in the brain, penis, and testes. The transformation of testosterone to estrogen happens in targeted areas connected to arousal. Estrogen is an important part of the production of sperm (spermatogenesis). Having too much estrogen in the testes can affect male fertility. Estrogen helps to regulate the development of the essential cells that line the testes, but having too much can negatively affect the overall quality and quantity of sperm in men.

There are a few different ways that estrogen can affect sex drive. The aromatase enzyme is also found in the brain. Given that these enzymes are used to turn testosterone into estrogen, it will hardly be surprising that estrogen can affect sexual behavior in adult men from a psychological perspective. This psycho-sexual development can take root during the early development of the brain. If you want to understand how high estrogen can impact sex drive, then you should just know that having too little estrogen can cause a low sex drive in women, while high estrogen in men – to the point that it causes a reduction in testosterone – can also cause low libido.

What are the Symptoms of High Estrogen in Men?

High estrogen levels can have several effects on men. It causes weight gain, erectile dysfunction, decreases in sexual drive and libido, enlarged breasts (man boobs), depression, a loss of energy/feelings of tiredness, and a decrease in muscle mass.

These symptoms can be fairly complex, so let’s take a deeper look at them and look at how they can be caused by high estrogen.

Given that estrogen plays an important role in producing mature sperm, it’s hardly surprising that having too much estrogen could make it difficult for a man to reproduce. Estrogen can affect the development of the germ cells that line the testes. It’s essential that one balances their levels of circulating estrogen to ensure that sperm – and mature, healthy sperm at that – is produced.

Estrogen is an important part of establishing normal and healthy fertility. Having both too much or too little estrogen can offset the balance and affect proper sperm production for men.

It can be difficult to fully understand how estrogen effects weight gain because it’s a matter of cause and effect. As men get older, their natural production of testosterone decreases. The older a man is, the more vulnerable he is to estrogen dominance.

On top of that, if you put on weight as you get older – which is common as metabolic rate slows down with age – then you are more likely to have an estrogen dominance as the aromatase enzymes that cause it lives in fatty tissue.

Having high estrogen levels can lead to depression and mood swings. These make it harder to stick to a goal to live a fit and healthy lifestyle. All of this goes together to make high estrogen in men a serious risk factor for gaining weight and becoming obese.

Testosterone is an important part of the male sex drive. That’s why testosterone affects not just the physical aspect of sex but also the emotional aspect. Reduced testosterone levels can lead to low libido as it causes high estrogen levels that increase the risk of depression, fatigue, and negative mood changes that contribute to a low sex drive.

Hormonal imbalances and the global declines in testosterone are becoming more and more concerning for men. It’s only natural to be worried about the changes in your emotional and physical state as you get older.

As outlined above, having too much of the female hormone in a male body is never a good thing. It’s also not good for women, but it’s especially harmful to men. It leads to emotional, mental, and physical changes. With that said, men need estrogen just like women also need testosterone. Just be sure that you don’t reach the point where estrogen dominates your body (for men) or testosterone dominates your body (for women).

If you are experiencing some changes and you feel it could be due to a hormonal imbalance then don’t worry; there are several simple lifestyle changes and medications that can be done to leave you feeling great again. We recommend that you see a medical professional and receive a full evaluation, including a laboratory evaluation and physical exam, to test for hormone imbalances.