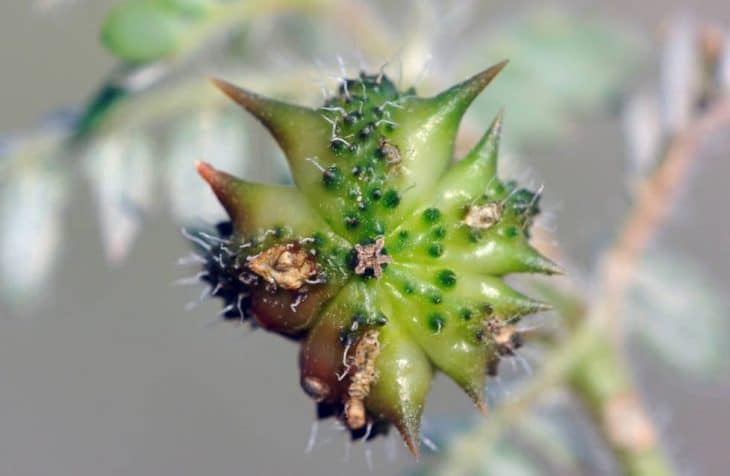 The Benefits, Uses, Side Effects, and Dosage of Tribulus Terrestris

While Americans and Australians may consider the Tribulus Terrestris (also known as the puncture vine) to be a noxious weed, this “weed” has also been used to boost sexual desire for both men and women and as a natural erectile dysfunction treatment for men. 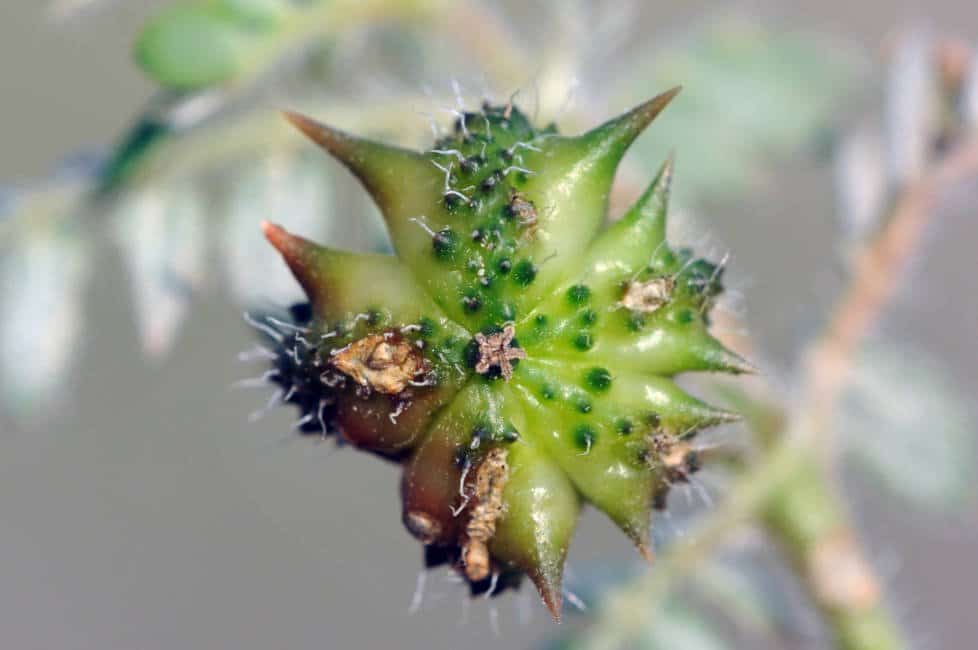 History is on the side of Tribulus Terrestris as the usage of the puncture vine can be traced all the way back to Ancient Chinese medicine and the old Ayurveid practices of India. Bodybuilders will sometimes use it to boost testosterone levels back to healthy levels when cycling off from taking anabolic steroids.

Where is Tribulus Terrestris Found?

Tribulus Terrestris is a small low-growing yellow flower that is primarily founding eh Old West but can be found in just about any warm climate, though it strives in particularly hot climates such as deserts. It can grow in conditions that other plants would be unable to. It can also grow in colder climates.

Tribulus Terrestris has the common name “Puncture Vine”, for the caltrop-like seeds on the plant. These seeds can puncture hooves, feet, and bicycle tires after maturing.

It is also known by several other names including Devil’s Thorn, Devil’s Weed, Goathead, Caltrop, Tackweed, and Bindi. Like most weeds, it is highly durable and can survive most techniques designed to eliminate plants.

One reason that the weed is so durable is that the seeds remain viable for a long time. Basically, a seed could stay out of the soil for years but still take root and grow eventually. This natural durability is also how it grows in places that other plants couldn’t, including arid conditions.

Although people often take Tribulus terrestris for its potential effects on sexual drive, it has also been studied for other important effects.

One study examined the effects of taking 1,000 mg of Tribulus terrestris per day in 98 women with type 2 diabetes. After three months, women taking the supplement experienced lower blood sugar and cholesterol levels, compared to those who took a placebo.

In traditional medicine, it is believed that Tribulus Terrestris can help to treat cardiovascular problems including angina, high cholesterol, high blood pressure, poor circulation, and anemia.

Puncture vein also offers relief for digestive problems including flatulence and constipation. If you suffer from stomach problems you should consider trying it out for yourself.

Tribulus Terrestris is used in China as a liver traditional medicine for overeating and food poisoning. It also has a lot of use for the Ayurvedic tradition. Indians use the weed to pacify Vata, as well as using it to treat conditions of the genitourinary system and as a diuretic.

Puncturevine has also been used to treat hypertension and angina pectoris. Some people believe that it can be used to prevent struvite and oxalate kidney stones. It’s also believed that it offers antiseptic properties as well as diuretic properties that reduce the chances of developing a urinary tract infection.

Researchers found that when men with reduced sex drives consumed 750–1,500 mg of Tribulus terrestris daily for two months, their sexual desire increased by 79%. Also, 67% of women with very low libidos experienced increased sexual desire after they took supplements of 500–1,500 mg for 90 days.

Other study has also reported that supplements containing the herb enhanced sexual desire, arousal and satisfaction in women with low libido.

However, studies in men with erectile dysfunction have yielded mixed results. A research shows that taking 800 mg of this supplement per day may not effectively treat erectile dysfunction. Other reports showed significant improvements in erections and sexual satisfaction with a dose of 1,500 mg per day.

Food additive manufacturers recommend getting between 500 mg and 1,000 mg of Tribulus between 1 and 3 times per day. Because the oil has a relatively short half-life (8 hours) it’s best to take it at regular intervals to keep the effects going all day long. Consider taking it every four hours. It can be taken before or after meals and on an empty stomach.

Even though the recommended dosage of Tribulus isn’t toxic, it can become dangerous if you consume too much. A scientific study on rats showed that doses of around 80 mg of Tribulus per kilogram of body weight is a safe dose. Dosages of between 118-143 mg per kg of body weight is dangerous – and potentially toxic – so avoid doses that high.

Tribulus Terrestris is known to have some side effects. It may cause an upset stomach, for example, but this can be countered by taking Tribulus supplements with a meal. It may also affect blood sugar levels.

Research shows that Tribulus Terrestris can enlarge your prostate so you should avoid taking it if you have an enlarged prostate already. It should be avoided by women who have a history of uterine or breast cancers.

To summarize it all; Tribulus Terrestris is a common herb that can be a key part of any herbal supplement program. There are several health benefits associated with taking the herb and it can be safely added to any supplement program.

If you want to find a supplement that has Tribulus in it, then you’ll likely find it in doses of between 500 mg and 1,000 mg. It is used in a number of sexual stimulants and medicines for boosting libido.

It is also often included with sports supplements designed to boost testosterone levels, muscle mass, and overall strength. No matter what kind of supplement it is used with, manufacturers play it safe and ever include more than 1,000 mg of puncture vine.