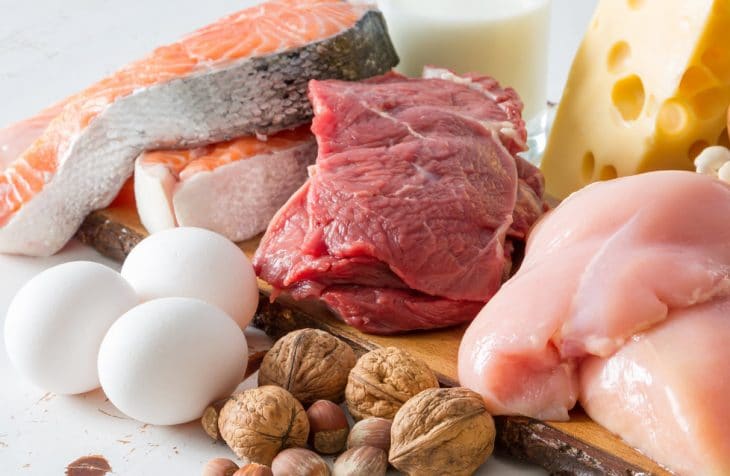 What you Need to Know About Protein and Muscle Mass

Protein is the building block for lean body mass, but how much protein do you really need? 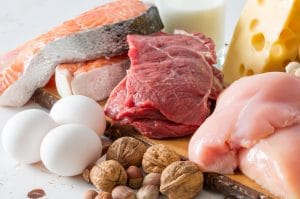 It seems that people have forgotten just how important protein is in the debate over how much fat or carbohydrates they need. That’s a shame, as protein plays a pivotal role in just about every aspect of health and fitness, not to mention performance.

One of the most important functions of protein is its involvement in the creation of muscle/lean body mass. There can be no doubt that muscle mass improves overall performance and function of your body, and helps to improve body composition. It’s also a major factor in living a long and healthy life and having a good quality of life.

Interestingly, young people don’t need as much protein as they might think. It’s older people, those in the second half of their life, who require more protein than they are likely eating right now.

This article will examine the value of eating more protein and address some of the most prevalent myths about protein intake. There’s a lot of meat to the discussion on protein. We could go on about it for hours if we wanted to. It’ll take more than one single blog post to fully cover the whole story. So we’ll just focus on the important bits and get into other stuff at another time.

In order to prevent the discussion from getting too out of hand, we’ll also talk specifically about protein itself. We won’t get into the differences between the sources of protein – such as plant-based protein and animal-based protein – or the different animal proteins such as grass-fed, wild caught, and conventionally farmed animals.

What’s This All About?

There are some plant-based protein sources as well including pea and rice protein powder, and soy protein. However, we generally recommend people avoid using soy because it is highly allergenic, often genetically modified, and there are still many controversies surrounding how soy affects hormone levels.

We’ll be keeping things simple by focusing on intact proteins rather than going into detail on specific amino acids. That’s another topic we can get into at another time.

Unlike carbs and fats, the human body is not able to store protein for later use. It has to receive a continuous supply of protein through diet in order to best make use of all the essential amino acids it needs each day.

This is why getting enough protein is so important. 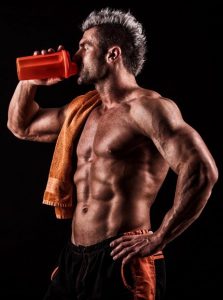 First of all, protein is broken down into individual amino acids. Those amino acids are the building blocks for tissue in the body, and that includes muscle. Without enough essential amino acids (EEAs) in your diet, you won’t have what you need to stay healthy and support the health and maintenance of bone and muscle tissue.

Some diseases can increase the need for amino acids, which is what makes maintaining muscle mass while sick so difficult. While muscle isn’t intended as a place to store amino acids, the body – in extreme circumstances – will break down muscle tissue to supply the body with amino acids.

Protein synthesis is when amino acids are combined to make tissue, such as muscle. The body breaks proteins and tissues down while also building them.

When there is more protein synthesis than protein breakdown, the body creates a net increase of lean body mass. On the inverse, more breakdown means that you lose lean muscle mass.

There’s been a lot of research on protein in recent years, and one of the more fascinating findings is the discovery of “anabolic resistance“. This is basically a reduction in how well the body responds to stimuli for protein synthesis.

In order to get as much of an impact from eating protein, those with an anabolic resistance would need to consume more protein and exercise harder, in order to get a similar effect.

Anabolic resistance can be affected by insulin resistance, aging, and obesity.

For healthy young adults, 20-30 grams of high-quality protein is enough for maximum protein synthesis. However, it would take more protein to get the same effect later on in life.

Older adults can benefit from eating more often too. By getting enough protein, several times a day, they are able to increases overall anabolic effect for their body.

To keep it simple, we need more protein and we need it more often the older we get.

Eating more sounds simple, but appetite also decreases as we get older. Older people are more likely to skip meals. When they have a meal, they don’t eat enough protein to properly stimulate effective protein synthesis. Getting extra protein in supplemental form can help older people in particular.

As mentioned before, insulin resistance and obesity can also increase anabolic resistance. Overweight/diabetic individuals will also need to consume more protein and exercise more to get the same benefits.

Conventional weight loss programs can prove to be a common cause for protein breakdown too. As one loses weight, up to 20% of that weight loss could be from losing lean mass. Getting more protein to reduce lean muscle mass loss also helps to boost the metabolic rate.

A study from 2013 showed that when people ate 80% of their protein for the day through a single meal, the overall anabolic effect from the total day’s protein consumption was greater than if they had divided their protein intake up across the day. This fact completely disproves the notion you can only benefit from eating between 20-40 grams of protein in a single serving.

The study showed a greater anabolic effect from higher protein intake through a single meal compared to moderate protein intake across several meals. What the study didn’t show as if there was any benefit to eating several high protein meals. We don’t know if eating several high-protein meals would lead to even better results, or if eating a lot more protein across the day produces even greater anabolic effects.

As well as helping to refute the notion that weight management comes down to burning more calories than you eat, the study showed that there does come a point where eating more protein stops being beneficial for building lean body mass.

There wasn’t much muscle-gaining benefit from protein after about 1g/1lb of body weight, assuming that a person eats enough calories and isn’t using anabolic steroids.

The quality of protein is determined by how many amino acids are present in it. Most research on protein intake was related to dairy protein, with some looking into whey protein specifically.

What makes whey unique is that it has a high concentration of essential amino acids. The research showed that different protein sources had similar effects, provided that one consumed enough to obtain enough EAAs. That suggests that even plant-based protein sources would be enough to stimulate muscle growth, provided they had enough of these essential amino acids. The problem is that it takes a lot more effort to get as many proteins from plants as one would get from 20-30 grams of whey, beef. You’d need to eat a lot of beans, rice, and other plant protein sources.

This doesn’t mean that it’s not possible though. It just takes extra careful planning for people who want to optimize their bone density and lean muscle mass while consuming a vegan-friendly diet.

How Much Protein Do You Need?

How much protein someone needs can vary drastically based on factors including age, genetics, and activity level. The golden rule of protein consumption has always been 0.8g/kg of body weight (or 0.36g/lb). This figure was reached decades ago and is still considered a way to get enough protein for healthy individuals to avoid tissue breakdown.

While many dieticians continue using this standard protein level as their recommendation for patients and clients, it proves completely inadequate for many people.

Studies have shown that protein intakes of between 1.6-2.4g/kg offer more benefits than lower protein intake. There is still likely a point where more protein does not mean more lean muscle mass though. This doesn’t mean that eating more than this amount would be detrimental, just that it might not be needed to maximize muscle mass gain.

Meal timing can also play a role in how the body responds to protein.

Consuming protein produces an anabolic effect that lasts between 3 and 6 hours. If you were to eat before protein synthesis returned to normal, then it wouldn’t have as much of a stimulus effect compared to when meals are spaced apart. For most people, this would mean that eating 3 or 4 meals a day is enough.

Protein requirements can go up when trying to lose fat, which makes it difficult to come up with a percentage-based protein requirement. A female weighing 150lb who wanted to lose weight can maintain their body fat levels at 2200 calories per day. If she consumed 150 grams of protein per day, that works out at around 27% of her diet. If she wanted to lose weight and consumed 1700 calories a day to do so, this 150 grams of protein becomes 35% of her diet.

Dieticians who limit clients to taking in 25-30% of their calories as protein can create meal plans where their clients aren’t getting enough protein.

Given that protein requirements have such a large influence on lean muscle mass and body weight, it makes sense that body weight/lean mass weight should be used as a marker for determining protein intake needs.

With body weight, a protein intake of 1.6-2.4 grams per kilo of body weight per day could be ideal. Keep it simpler by aiming to consume 1 gram of protein per pound of body weight (or the target bodyweight for overweight people).

We’ve got one last thing to say about protein; it’s inevitable that, whenever someone discusses high protein intake, someone brings up how it can affect kidney health.

This is another myth that has become prevalent and is repeated all the time. Consuming more protein isn’t good for someone who already has kidney disease, much like water consumption would be a risk when drowning. This doesn’t mean that protein, or indeed water, are a health risk for otherwise healthy individuals.

There are no indications that consuming too much protein can damage the kidneys of healthy individuals. One should never assume they are healthy without having a blood test to confirm it though.

In summary, and to keep things practical;